I Believe In Sigma Pi...

A Fellowship of Kindred Minds, United in Brotherhood

Though we attend different colleges and universities, in different regions of North America,we are bound by ritual as men of Sigma Pi. It is in this ritual that we have taken several oaths (discussed in the Creed) which make us desire to be a cut above the average college man. Our fellowship in brotherhood helps us all through the mutual supports of like minded individuals who strive to be the best as we prepare to be the new generation of leaders.

To Advance Truth and Justice

History has shown that a majority of tomorrow's leaders in business and politics have come from the ranks of college students who belong to fraternities and sororities. Success in business began for over one-third of the CEOs of Fortune 500 companies with the experiences and knowledge they learned as part of a Greek organization. 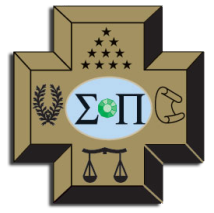 In the legislative branch there has been great consistency as at least one-third of all Congressional Representatives in the last few decades are Greek members. The Executive Branch has also been dominated by fraternal members as 19 of the last 26 United States Presidents, including current President George W. Bush, have been Greek men. Thousands of men and women who work in the judicial system are proud members of Greek organizations, who learned their skills for discerning truth from the discipline and ethics taught by all fraternal orders.

One of the most famous Judges in World War II history was Judge Curtis Shake, who presided over the Nuremburg Trials; making war criminals responsible for their crimes. Undoubtedly the tough decisions he helped to make were based on truth and justice which had been a practiced part of his daily life since he joined Sigma Pi Fraternity.

Truth and justice are a major part of our Creed, and our philosophy as members of Sigma Pi Fraternity. They are listed first in our Creed because all values are based on these principles which must be held in highest regard and diligently adhered. Truth and justice must be the principles most often practiced in our own chapters as we learn to perfect our skills as the new generation of leaders, because they will emerge from our membership.

Sen. Barry Goldwater stated many years ago, "The Fraternity system is the last form of true democracy in our nation." The esteemed legislator and Greek member was right as we have historically held these classical characteristics to govern ourselves not only at the chapter, but also at the international level of our organization.

Any man of Sigma Pi Fraternity decided first to attend a college or university for the purpose of attaining a higher level of education to help him become a success in the future. The drive for excellence in scholarship is an essential part of our Creed, and thus is set high in our list of ideals. As a Fraternity, our first order of business is to provide the type of environment and support which will help all members succeed academically, (Bylaw 19, Section 1 (b), Bylaws of Sigma Pi Fraternity, International, 2004.)

Each chapter should assist each member and pledge with study areas and allotted study hours within the brotherhood. Collectively through council and academic assistance, our elder members can assist the younger ones with guidance in all matters of collegiate life. From course selection to financial aid, our membership will prosper with the internal support for academic success.

The Constitution of Sigma Pi Fraternity mirrors the Creed as it states that members have the obligation, "To establish and maintain an aristocracy of learning, consisting of the ablest men in all branches of the Liberal Arts, Sciences, Philosophy, Theology, Law, Commerce, Agriculture, Engineering and Administration," (Article II (b), Constitution of Sigma Pi Fraternity, International, 2004.)

In fact, our Fraternity holds the promotion of scholarship in such importance that Bylaw 19, of the Bylaws of Sigma Pi Fraternity, was created to outline academic excellence. In Bylaw 19, provisions have been made so each chapter must have a scholarship committee, and must adhere to minimum grade point averages to be successful. Academic Excellence is expected of each member and the, "Chapter overall GPA goals should be greater than the all-men's or all-fraternity GPA at their institution," (Bylaw 19, Section 2, d (1); Bylaws of Sigma Pi Fraternity, International, 2004.)

The Bylaws and the Constitution of the Fraternity have been established, and voted on by the undergraduate members at each Convocation as the Sigma Pi has progressed though the last 109 years. In that time we have never faltered in our ambition to have the best members, and the best academic standings on campus. Historically, members of Sigma Pi Fraternity have collectively held a higher grade point average than the all-men's GPA on campus; which speaks volumes on behalf of the necessity of our existence for all of those in opposition of the existence of Greek organizations on campuses across North America.

Despite an atrophy of moral standards in contemporary society, a Sigma Pi man will stand apart, even if alone, in conduct concerning women. We hold ourselves and each other to a higher standing concerning the opposite sex, and are bound to treat each woman with the respect, dignity and honor that we would bestow on our own mother, sister.

Success within the Greek community requires not only a close and friendly working relationship with other fraternities, but also the numerous sororities on our campuses. To become the leaders of tomorrow, we must conduct ourselves properly as gentlemen and scholars.

As members of Sigma Pi Fraternity, we will not condone, nor promote printed items (such as t-shirts, posters, banners, websites) which promote the degradation of womankind in any manner. Obscene and sexually explicit material will not be published by anyone, especially within our organization which contains our name or our logos (protected by copy write) which would cause dishonor for the Fraternity or any of its members.

Demeaning even one woman, let alone many, is absolutely asinine for a man. We know that each man understands the principles of chivalry, and we expect the conduct becoming a gentleman to be apparent in the daily actions from each of our members.

Diffusing culture is more than just abstaining from participation in racial slurs, generalizations about groups of people and prejudice; a renaissance man will gain knowledge of many cultures and people to set himself up for success in a global marketplace.

Each man who attends college will join a new and diverse community of people who are different than the family and friends he is accustomed to in his primary education. Through learning about others by interacting and supporting them, a man will not only make a large number of friends and contacts, but also become prone to greater success in the future.

A Sigma Pi man recognizes early in his college career that he is in a continual evolution to make himself a better man socially and professionally. By learning other cultures and experiencing new concepts which are foreign to him, a man becomes better prepared no matter where he will go after his collegiate study. This is imperative for every man who wants to evolve beyond his level of maturity in his life prior to joining Sigma Pi Fraternity.

Do not be confused by differences in your chapter and others, either. Though the culture in the north is different than the south, just as the west is far different then the natural instincts in Canada… all chapter members are the same in ideals and Creed.

One of the fundamental objectives of the Fraternity is the development of character in each of its members. While the true essence of character is difficult to define, it can be exemplified by a man's standard of conduct, his acceptance of responsibility and his own self-image. The true fraternity man strives to attain the highest level possible in each of these areas.

In formulating his standards of conduct, the fraternity man is conscious of those around him. His speech and actions should be constructed to make his company enjoyable without embarrassment. Where possible, he offers to help others and shows a sincere concern for their well being. He accepts criticism, angers slowly, and is ready to forgive. In short, he displays the manners which mark the educated man.

Throughout the Fraternity experience, there are numerous opportunities to get involved. The first step would be as a member of a committee or intramural team. The next step would involve progressing to that of chairman. Finally, the step of holding an elected office may be presented to a member. As each man progresses through the steps of involvement his success will be determined by not only his contribution level, but also the development of his leadership skills.

Essential to the competent leader is the development of a strong character. The further it is developed, the more he will progress in his leadership responsibilities.

In the Service of God and Man

Yes, God is in the Creed, and even if you are an agnostic or atheist, if you are a Sigma Pi man you say the whole Creed and do your best to live it. It is the oath you have taken and repeated since you pledged. The ideal of service to God is not an archaic concept. An active pursuit of becoming a better man starts with a belief in something greater than one's self. Everyone serves their God in different ways, and each individual member of the Fraternity must discover and develop the way that it is best for him.

Service to man is clearly outlined in the Constitution of Sigma Pi, International, 2004. It states that "all chapters of Sigma Pi Fraternity will conduct at least one philanthropic event to benefit their fellow man." As we become the leaders of tomorrow, we must not forget the people we will not only guide, but also represent. In our world there are many who are less fortunate than we are, and we are bound by duty as gentlemen to show compassion and charity to help those in need.

This service is not only to be directed groups outside of our communities. Often groups will have greater success if they can identify personally who they are working for. Do not be afraid to contact local charities as well as the Red Cross when you set up next year's benefit calendar. Look for a person or cause to help locally to make the biggest impact in not only the local community, but also your chapter. Community service should be personal, with emotion attached to drive the project forward to achieve bold goals.

Benjamin Franklin kept a journal of everything he did wrong on a nightly basis before he retired for the evening, not for the purpose of demeaning his self-confidence, but instead in an effort to make himself a better man through what he called the relentless pursuit of perfection. None of us are perfect, and we do not expect you to keep a journal to become a successful leader and statesman like Mr. Franklin; but each member is bound by his word in this oath to try to do all of these things… in a way to find our own path to the pursuit of perfection as the new generation of leaders. 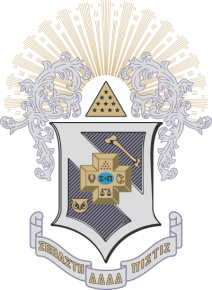 Complete the Interest Form Found Under "Join the Brotherhood" Tab